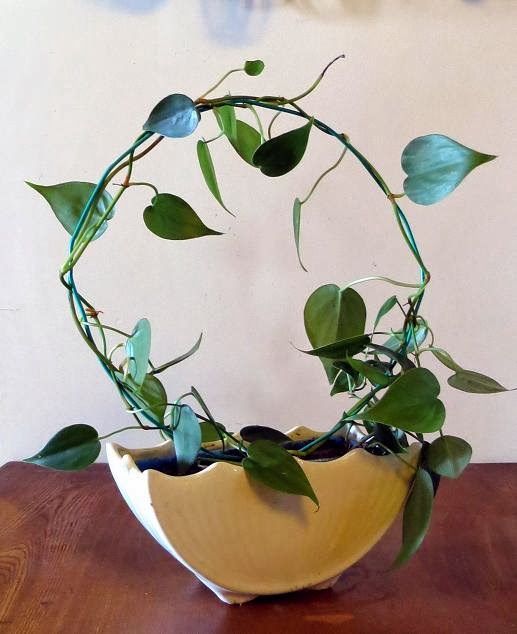 Well, guess what happens when one - just one - temperate day comes to Wisconsin?  One measly day above average, lost is a season of sustained twenty degrees below average?  You guessed it.  Spring Fever.  We finally hit 40 degrees yesterday, and the first thought in my mind was of that wilting houseplant languishing in the dark stairwell.  I whisked it away, presented it to the clear, sunny out-of-doors and proceeded to dig in the dirt.


Last fall, I had received a devil's ivy, technically speaking an epipremnum aureum, from my neighbor.  She had rooted a cutting in an old jelly jar, the way that all good farm wives over the age of 70 typically do.  By the time it took up residence at my house, the entire jar was filled with roots.  No dirt.  Just roots.  Well, my thumb has never been very green, so I just left the poor plant in it's jelly jar and went about my winter.  The only reason I agreed to take it on in the first place is because I know how hardy these particular plants are.  I had one back in high school, roped it around the mirror on my dresser, watered it almost never, dusted the leaves off only as an after-thought, and still it soldiered on.  That's my kinda houseplant!

So while I was browsing my bloglovin feed a few weeks back, I traveled over to Deutschland to visit Beate at her bahnwarterhauschen.   Beate has that wonderful, eclectic European style that seems so casual, yet so put together.  Well, that day she had posted about her new old chairs, and while my college German is very rusty, I still love looking at her photos.  Scrolling through the post, I landed on a fabulous photo of her houseplant!  I'm sure this idea has been around for a while, but it was new to me, and I loved it!  I knew that I had the perfect candidate. 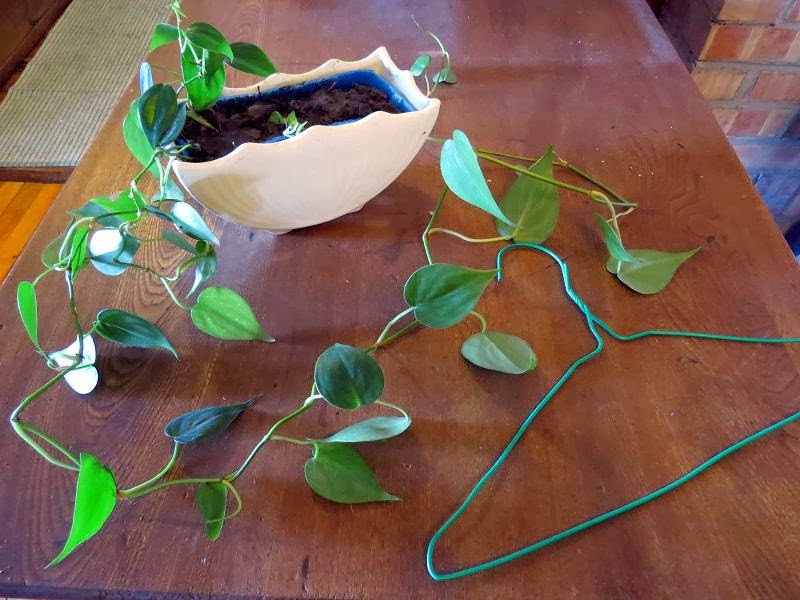 I potted up my devil's ivy in a beautiful, ceramic planter from Wild Kat.  When using vintage planters, I don't like to fill them directly with dirt as it tends to discolor and craze the finish.  I always use a plastic pot inside.  Being that this was an odd shape, I made do with a styrofoam container from the grocery that had been filled with mushrooms. 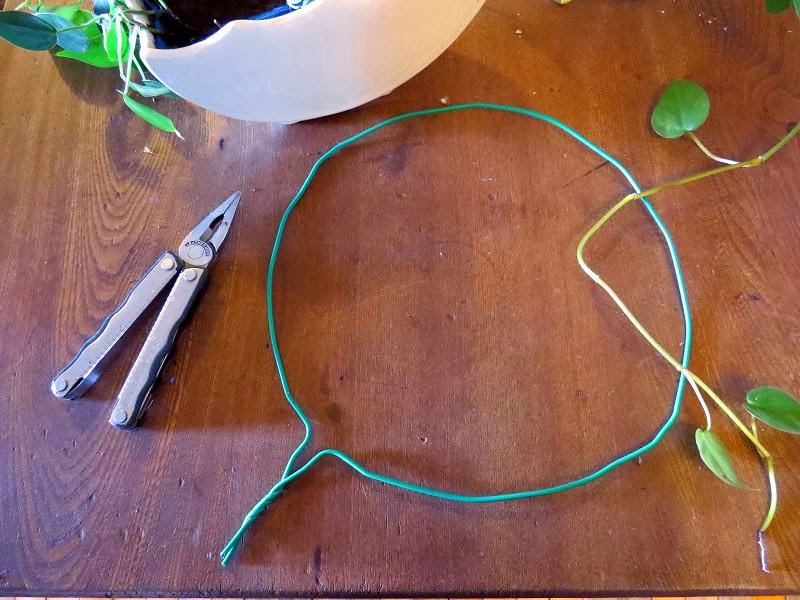 Then I grabbed a green wire hanger, nipped off the hook, and bent it into a sort of circle.  Obviously any shape would be fun.  And there may be some swanky florist's wire that would work better, but this seemed to do the trick. 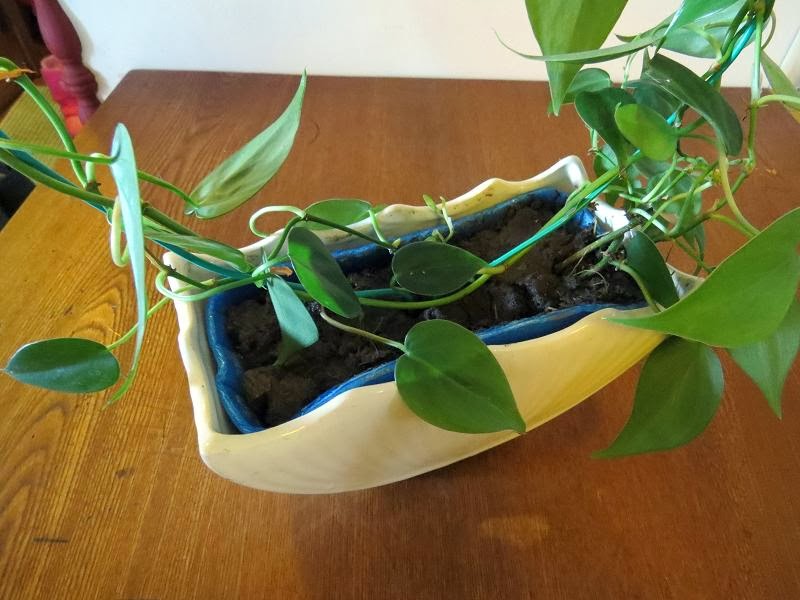 I poked the wire down as far as I could into the pot and coiled the ivy in both directions.  A bit of spanish moss covering on here would be nice to camouflage that blue container. 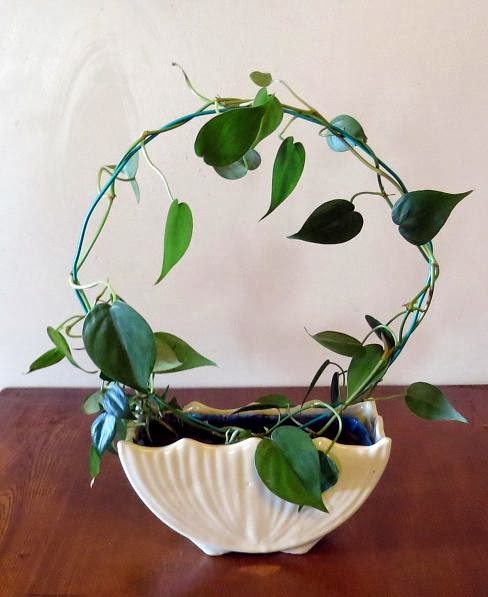 I am hoping that my devil's ivy will be happy to finally have its feet in dirt (rather than just water).  I added a bit of sheep manure from the pasture, too.  It will look better once the leaves fill in the circle a bit thicker, but all in all, it was a fun afternoon project.  Just enough to remind me that, yes, Virginia, there really will be a Spring this year.